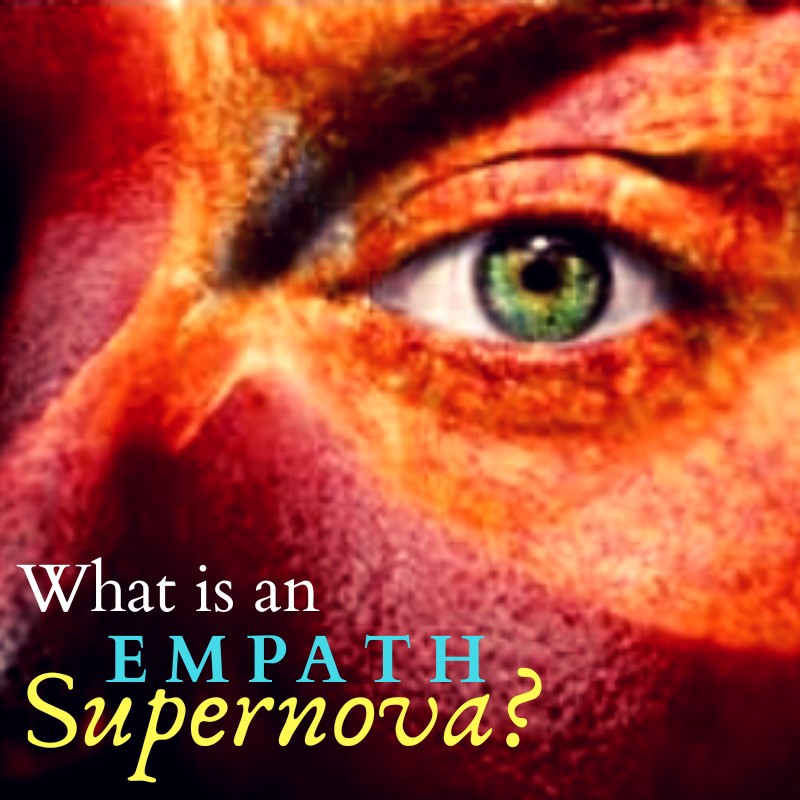 A Supernova is an empath with the incredible ability to show stamina while in a relationship with someone who has a Narcissistic Personality Disorder (NPD).

He/She knows how to appreciate and value everyone but understands his/her own value, too.

He/She is resourceful enough to turn the tables around if the situation calls for it, especially once he/she has learned about the real behavior of the Narc.

Narcs are very attracted to them because of their generous, kind and forgiving traits but, at the same time, are very afraid of them as only Empath Supernova has the ability to rise up against the Narcs.

Narcs are scared of them the most once the Empath Supernova has managed to break-free from the toxic relationship and has gone “No Contact” because distance from the Narcs allows these Supernovas to clear their minds off the manipulation.

And most of all, once the Supernova has healed and recovered from the Narcissistic abuse, Narcs are scared of them because they are the only ones who are most capable of doing what these Narcs are most afraid of…EXPOSURE!

In my fair share of experiences, I was completely unaware at first that I had an Empath Supernova tendency.

But everything was made clear to me when I finally had the courage to end my long-term relationship with my Narcissistic ex.

During the time when I was executing my Exit Plan, I took the time to study his behaviors and came up with a strategy in order to discover who he really was behind the mask.

In order to successfully carry out the plan, I knew I needed to unleash my own Narcissistic traits (meaning, forcing myself to not feel any empathy towards my Narcissistc ex) so that I could play along with his mind games.

For a moment, I forgot about being honest and fair when dealing with him because I knew all along what he’s been doing behind my back.

I created a different (temporary) persona in order to endure the sickness of his games.

I continued playing the role of a stupid partner who’s still in-love with him and who’s 100% willing to accept him despite the fact that I have discovered a lot of disgusting facts about him.

While he was under the impression that he was still the one who’s manipulating me, he failed to notice that the tables were slowly being turned against him.

It was too late for him to realize that I was already the one who’s planting seeds of doubt in his head; making him feel paranoid, stressed, and unsafe.

The manipulator then became the victim of manipulation, which caused him a lot of Narcissistic injuries.

And when the point came when I had “seen and heard” enough of his real-self without him knowing, that’s when I knew that I was ready to cut ties with him for good.

I asked him to move out of my house and to never return again.

But at that time, I knew I still cared for him that’s why the last line I ever said to him that night was, “Ayusin mo yung buhay mo, please! Wag mo sanang sayangin ang lahat ng pinagsamahan natin.”

I guess it was more out of pity than care because I knew in my heart that that was the end of it.

Although I was mad at him because of all the lies and disgusting things I discovered, I knew that there’s still goodness in his personality.

I still wanted him to be okay and have a good life.

However, I could no longer do anything about it.

He couldn’t be fixed.

That’s just how he operates.

So no matter what I do, he would remain to be the same pretentious, fake, two-faced lying Narcissist who would cause my greatest failure.

And I didn’t want to feel miserable all my life, all for the sake of someone who never loved me and cared for me.

Although it took me a while to finally find out the truth, despite the fact that I knew that there’s something wrong with him ever since the beginning, I was still happy that I was able to end it without making any room for regrets.

There may have been a lot of things that I’m unable to “unsee” or “unhear”, at least, these are the very same things that would always remind me that I ended the relationship for all the right reasons.

Lastly, there may have been a lot of reasons why I decided to end the relationship, but perhaps the most apparent was the fact that I discovered that the man I loved was the kind of a man whom I would never ever love.

Well, without stating the obvious, that’s the very reason why he needed to put up a mask in the first place.

How about you?
Did you also have an experience leaving a Narcissist for good?
I would love to hear your stories in the comments section.