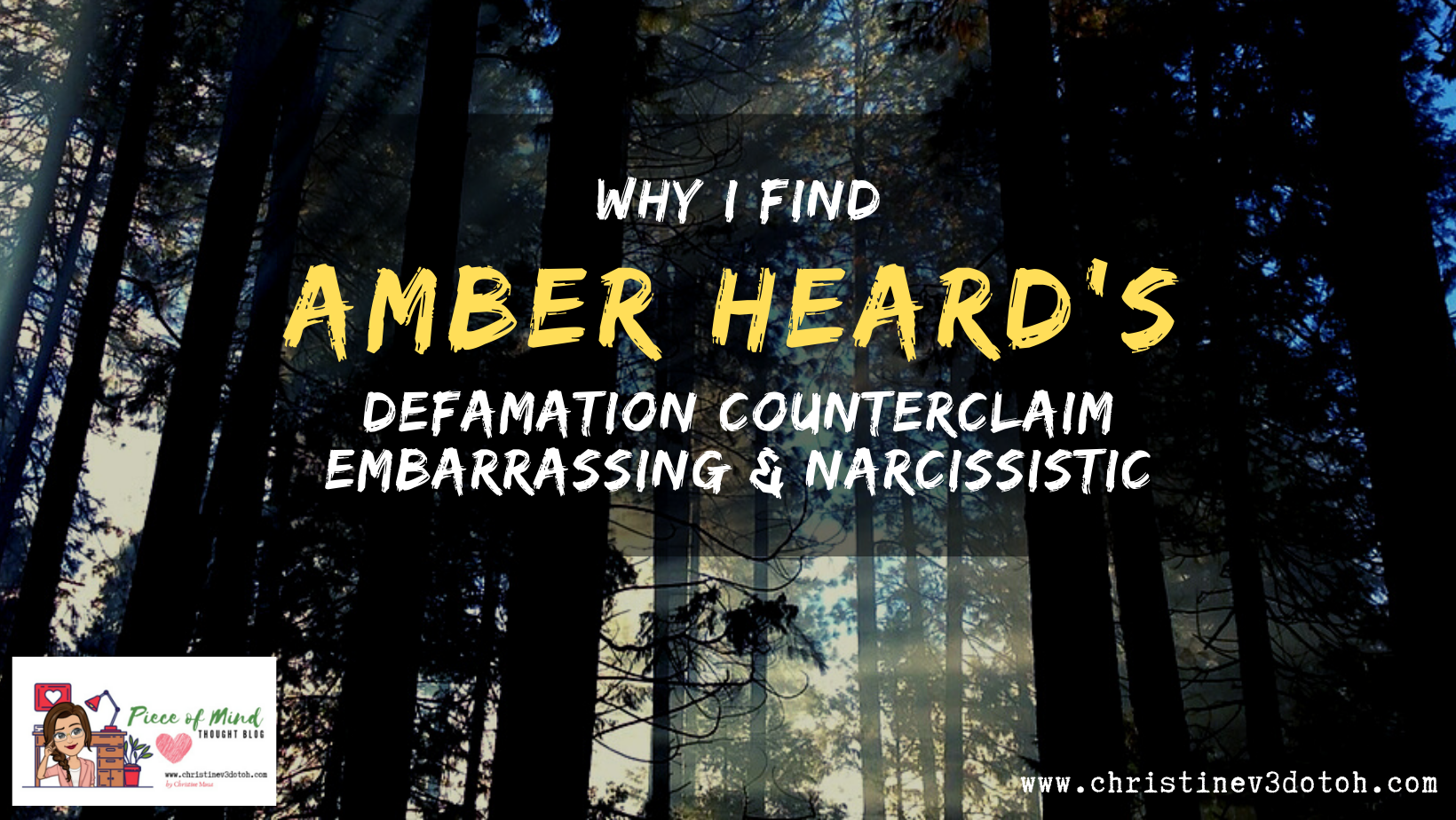 In this article, I’m sharing my own thoughts around Amber Heard’s Defamation Counterclaim against Johnny Depp.

I just want to make clear that I am not underestimating anyone and that the views expressed in this article are based on my previous and current understanding of the situation.

Why Amber Filed a Counterclaim

As one of my favorite Westlife songs says, “You Can’t Lose What You Never Had”.

This is exactly the reason why I find it really embarrassing for Amber’s team to even defend in court that the actress had a lot of “losses” as a result of the accusation made by Adam Waldman, Johnny Depp’s former lawyer, against Amber in 2020.

The said accusation was published in Daily Mail in which Waldman called Amber’s allegations of domestic violence “fake” and a “sexual violence hoax“.

This, according to Amber and her team, resulted into Amber losing many opportunities and her road to stardom.

So we know that this ongoing trial is the $50M Defamation Lawsuit filed by Johnny against Amber.

But not everyone’s aware that Amber has also countersued Johnny for $100M because of the accusation I mentioned above.

The Counterclaim Has Caused Embarrassment

I couldn’t help but feel really bad for Amber because the testimonies happening this week have so far just proven how still insignificant of a star she is despite her role in Aquaman.

The statements coming from the witnesses invited were really embarrassing, especially when mentioned that she’s incomparable to the likes of Jason Momoa, Chris Pine, Gal Gadot, and Zendaya.

It actually even opened a can of worms which made it known to us that Warner Bros. Pictures had almost replaced Amber due to lack of chemistry with Jason Momoa in the Aquaman film.

We also heard how challenging it was for the post production team to sort it out just so they could come up with something viable for a film.

If I were Amber, I would’ve wanted to disappear in court at that time.

It must be really hurtful to hear those things as an actor who thought she’s already created a momentum for her career.

But I won’t be surprised because, as a Narcissist, she is expected to be grandiose.

When Narcissists look at the mirror, they see a mighty Lion although, in reality, they are just a plain Jane.

My Own Knowledge About Amber

Thinking about it, the reality is that Amber Heard has not yet reached the point of her career where she could be considered a star.

In my own experience of her, I don’t think I would even get to know her if not because of this Defamation trial.

Actually, the first time I heard her name was not when Aquaman was released, but when news about the Domestic Violence involving Johnny Depp surfaced in Social Media.

Well, let’s just say that I only started gaining interest on her ever since when Dr. Shannon Curry, a clinical and forensic Psychologist, testified that Amber was diagnosed with Narcissistic Personality Disorder.

And the fact that this trial has been giving out a lot of information inside toxic and abusive relationships made it even more interesting for me because I mostly write around those topics.

Admit it or not, this trial was actually the one which made Amber a household name, not her character as “Mera” in Aquaman, not her L’Oreal campaigns even.

So the losses that she’s complaining about are the things she hasn’t even gained yet.

From what I know, she’s still on her way to making a mark in Hollywood.

She isn’t that popular yet.

But because of this trial, she has become a common theme on any Social Media platform.

Unfortunately for her, she’s gaining attention in a negative light.

So for me, this isn’t a loss, rather, a consequence of her actions.

Johnny Was The One Who Had Losses

Meanwhile, Johnny is not only a Hollywood A-Lister, he’s an icon because of the characters he brought into life.

But because of Amber’s allegations, Johnny instantly became a villain in Hollywood.

To his words, he was once a Cinderella who suddenly turned into a Quasimodo.

He was called a “wife beater” and suddenly lost projects left and right.

According to him, he lost everything.

Well, almost, because with the way things are turning out now, Johnny would undoubtedly bounce back right after this trial regardless if he wins the case or not.

Especially when a good friend by the name of Robert Downey, Jr. has expressed his desire to help an old friend get back on his feet.

But with Amber, it only feels like she’s crying over something that wasn’t really meant for her.

And going back to my first point, it fits the line, “You can’t lose what you never had”.

Funny to think that it could be something that might ricocheted to Amber in the context of claiming that she donated something when all she did was pledge — a ridiculuous claim!