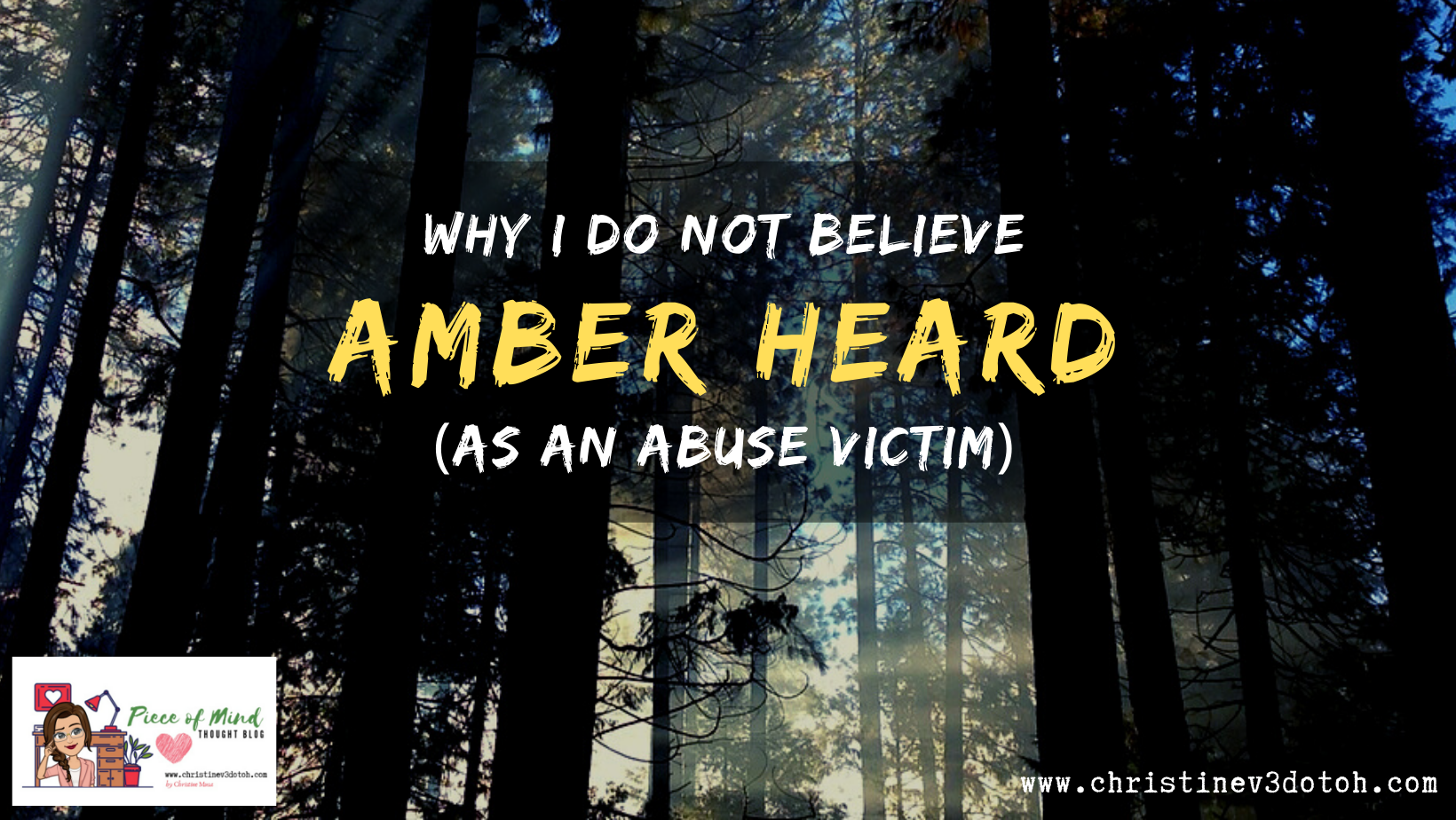 In this article, I’m sharing my point of view and the main reasons why I didn’t believe Amber Heard during the Defamation trial against her.

I’m not an expert, I’m just sharing my point of view as someone who experienced horrible things in life caused by people I used to love and trust — so I could be wrong.

How Amber Delivered Her Statements

If you’ve seen the manner how Amber delivered her statements while recounting everything that happened based on her own version of truth, you would quickly agree if I’d say that she was very emotional, graphic, and animated.

There was even a moment when she said she couldn’t breathe, but I’m still not buying that.

Those incidents happened way back 2013-2015, some even earlier, if I’m not mistaken, so I don’t think that you could retell incidents in such a manner as if they just happened yesterday — UNLESS you are just acting.

Although given that pain would still be there because it’s as if you’re re-opening a wound from the past, I don’t believe that you would feel the same amount of pain simply because the wound is no longer fresh.

The wound must have healed even at the least, but enough for it to minimize your emotions the next time you speak about the same topic which caused it.

And to be honest, I could even be giggling and/or cringing if I would retell my horror stories now.

The Contrast With Johnny

Of course there would always be a mix of sentiments and pinch of embarrassment whenever we look back to relive the past.

You would feel embarrassed because you would realize how stupid you were back then.

And this was what I’ve seen on Johnny Depp when he was the one testifying on the witness stand.

Johnny, at times, couldn’t find the words to describe Amber and there were moments when he seemed a little sarcastic even.

For all we know, Amber looks disgusting to Johnny now, which is a normal reaction of someone who was able get away from an abuser.

But with Amber, she’s maybe thinking that she did such a great job putting on a show on that stand but, no!

She only made it clear that her behaviour doesn’t make sense to a lot of real abuse victims who are watching the trial.

It Would Have Been More Believable

Had Amber been abused for real, she wouldn’t be acting as if she’s scared of Johnny.

Instead, she would feel mad and disgusted.

She also wouldn’t be able to use flowery and colorful words just to describe how admirable Johnny used to be.

Because if you were really abused by someone whom you have described as a “monster”, expressing even a bit of admiration would be enough to turn your stomach upside down.

Well, my wild guess would be because she’s either just trying to convince the jury that she’s an angel who’s not capable of inflicting physical pain on anyone, or she’s just plain clueless about being a Domestic Violence victim because she never was in the first place.

This is why sympathize to those people who are saying that Amber’s presence on that witness stand was an insult to all the real victims of Domestic Violence.

There is a reason why the real victims couldn’t relate to her.

And I don’t trust her version.